Data transmitted over a wireless network can either be encrypted or unencrypted. It appears that the use of open, unprotected Wi-Fi networks has become increasingly popular around the world.

A global study of public Wi-Fi activity in nine major metropolitan areas has revealed how easy it is to see other users’ browsing activity, searches, passwords, videos, emails and other personal information.

The study also reveals that people all over the world “overwhelmingly prefer” using unsecured, public Wi-Fi networks rather than password-protected networks.

Researchers also discovered that a large proportion of mobile users browse primarily on unsecured HTTP sites – nearly 50% in Asia, approximately 30% in the US and 25% in Europe. Due to the fact that HTTP traffic is unprotected, the researchers were able to access all of the users’ browsing activity, including such data as page history, web searches, personal login information, videos, emails and comments.

Despite the fact that most of the observed Wi-Fi hotspots were protected through some form of encryption, these methods were usually weak and could be easily hacked.

54% of password-protected Wi-Fi hotspots in London and New York were weak and vulnerable to attack.

Are your Wi-Fi networks prone to an attack? Regular vulnerability assessments and penetration testing should now be a fundamental part of your monthly and quarterly security routine.  Wireless network scans ensure that you can identify and fix vulnerabilities and security holes as quickly as possible, and that your cyber security controls are working as effectively as they need to. 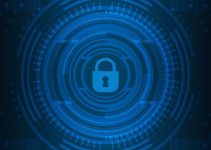