Fame is a fickle mistress.

One minute your popularity seems insurmountable, you’re riding the crest of public opinion, you can gain the world’s attention with the slightest of efforts and everyone seems interested in your every utterance.

The next, you’re knocked from your pedestal by a data protection law. It’s a story as old as showbusiness itself.

But, surprising as it might seem, the GDPR was googled more often than Beyoncé or Kim Kardashian in May 2018, according to a new infographic from the European Commission.

Google Trends indicates that public interest was short lived: searches relating to the Regulation dropped off sharply after it came into effect on 25 May last year. However, that’s not to say the Regulation is yesterday’s news.

According to the infographic, there have been 95,180 complaints to data protection authorities under the GDPR, 41,502 data breach notifications, and three fines, the highest of which was Google’s €50 million fine from France’s CNIL.

The law firm reports that there have been 91 fines issued under the GDPR and regulatory action is only just beginning.

“It is still very early days for GDPR enforcement,” the report commented. “However, we expect that 2019 will see more fines for tens and potentially even hundreds of millions of euros, as regulators deal with the backlog of GDPR data breach notifications.”

In early February, Vigilant Software released GDPR Manager – a four-in-one compliance solution that allows you to manage all your GDPR activities with one tool.

It is designed for organisations that want a platform to streamline their core GDPR compliance activities and reduce costs while improving repeatability, robustness, reliability and audit trails.

The tool enables users to assess their data protection practices and manage some of the more arduous elements of GDPR compliance, such as recording and reporting data breaches, handling SARs (subject access requests) and determining whether third parties have suitable measures in place to protect personal data.

With GDPR Manager, work is saved in a central location, making maintaining and updating documentation simple. The more of your GDPR compliance activities you can do on a single platform, the better – in terms of consistency of approach, time spent on user management and cost-effectiveness.

We are pleased to announce that Vigilant Software’s vsRisk Cloud been listed as a finalist for the European IT & Software Excellence Awards 2019 in the Security Solution of the Year category. See the product video here. 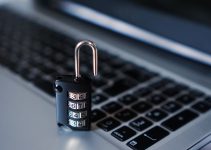