HBO’s Game of Thrones has never been far from drama when it comes to spoilers and plot details being leaked online. HBO has had to deal with drones flying over sets, rogue set photographers, and even its own photographers posting scripts on Instagram, albeit accidentally.

With season 7 soon to begin, and it being the first season that moves beyond the events of George R.R. Martin’s A Song of Ice and Fire, HBO has decided to take its security more seriously.

In a recent interview with Express, Game of Thrones actress Nathalie Emmanuel said, “They’ve definitely tightened up who has scripts and how we’re given them. You have to look at it digitally.

“They won’t send it to us unless our emails have a two-step verification [security process]. You might get given rehearsal notes on set, but you have to sign for and return them before you leave.”

The actress added: “If you don’t, people will chase you until you give them back!”

Earlier this year, Netflix’s show Orange is the New Black had its latest season leaked online after it refused to pay a ransom demanded by the cyber criminal(s) that stole the data.

So, HBO has certainly taken a step in the right direction. The risk of a script being leaked will have been significantly reduced now that they’ve implemented better controls regarding who can handle scripts and how they can be handled.

HBO aside, the actresses and actors who have now turned on two-factor authentication can also enjoy a new sense of security. Celebrities are valuable targets and, with extortion becoming a more and more popular activity among cyber criminals, it’s vital that they keep their data secure.

Two-factor authentication: a relatively simple feature to set up that benefits both HBO and its employees. A win-win situation. 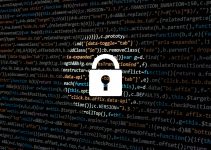