Bitdefender has released a list of five cyber threat predictions in social media that are set to become pervasive in 2015.

Ransomware such as Cryptolocker has wreaked havoc on corporate systems and is set to hit social media networks in 2015. Bitdefender warns that users should be sceptical of any message that accuses them of horrific crimes such as distributing child pornography – these types of threats are usually ransomware attacks.

Videos with headlines portraying malicious beheading and murder incidents are expected to rise. According to behaviour analysts and psychologists, teenagers are the most susceptible to clicking on shocking videos, often distributed via Facebook, as “their empathy for victims of violence is lower”.

3. Work-from-home offers that sound too good to be true

With job-seekers turning to work-from-home opportunities, LinkedIn will be hit by more ‘work-from-home’ scams, promising huge salaries for little or no effort. Users are advised to be wary of incomplete LinkedIn profiles and dodgy recruiters.

4. Be careful what you search for

Top searches in Google are becoming the targets of cyber criminals, with Google’s list of top searches coinciding with some of the most popular scams, such as Ebola, Robin Williams’ death, the World Cup and Malaysian Airlines Flight 370. Scammers will continue to use these searches to target victims via Facebook, Twitter and traditional email spam.

Bitdefender reveals that one in three ad networks are serving malvertising, warning that this type of threat will soon evolve to become more than simple click-fraud.

Although the targets of most social media attacks are individuals, the increasing, inevitable adoption of BYOD by businesses globally will mean that attacks on individuals could have far-reaching consequences for their employers.

The company has warned social media users to keep their security settings updated and to be on the lookout for any new, as well as old, tricks that will be employed by cyber con artists.

vsRisk™ is the cyber security risk assessment tool that your consultant probably won’t tell you about – it’s so straightforward, and so quick to use, it can save you a significant proportion of the budget you might otherwise spend on consultancy advice at this stage of the project. 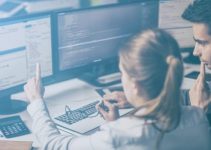