According to the ICO (Information Commissioner’s Office), more than 14,000 data breaches were logged in the first year since the introduction of the GDPR (General Data Protection Regulation), which is almost four times the number reported in 2017/18. Every month we hear about breaches and cyber attacks – from Europe to Asia – affecting millions of people.

This is the first in a new series of monthly blogs – the Data Breach Bulletin – detailing some of the most significant attacks. Here are our top offenders for May:

A TechCrunch investigation found that the contact details of almost 50 million Instagram users were leaked online. Facebook (Instagram’s owner) has launched an investigation to determine how the information – including emails and phone numbers of high-profile influencers – was misused.

Sydney-based start-up Canva suffered a major breach in which details of more than 139 million users were taken. A criminal hacker, infamous for having sold information on 932 million users from 44 organisations across the globe, disclosed the breach to ZDNet.

WhatsApp is no stranger to a hack. Last month the government reported it didn’t know how many UK mobile users were affected by the latest security breach. According to Shadow Secretary of State for Digital, Culture, Media & Sport Tom Watson, the malicious software could access everything with one phone call.

An historical data breach got TalkTalk in hot water last month when it was revealed that the organisation failed to inform more than 4,500 customers that their personal information had been stolen in 2015. An ICO investigation found multiple failings in TalkTalk’s security processes, handing it a record £400,000 fine.

Don’t make the same mistakes – contact us today to speak to one of our experts about our risk and compliance software. 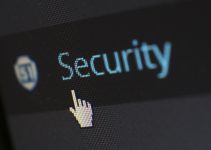